We've got BIG news - so big... it's GROUNDBREAKING!  The Nebraska Communities Playhouse is pleased to share that construction is officially underway - concrete is being poured and the foundation is being laid for the expansion and addition of the new 436-seat facility that will remain home to YOUR STAGE Theater!  It's been a journey over the last several years, and we are excited to include you - sharing our highlights and reached milestones with our patrons and supporters in this special edition e-newsletter dedicated entirely to The Nebraska Communities Playhouse and our future.

The NEBRASKA COMMUNITIES PLAYHOUSE: Our Mission

Intended to serve as a sister organization to The STAGE Theater, The Nebraska Communities Playhouse (NCP), a 501(c)(3) entirely volunteer-operated non-profit organization was established in May of 2016 that strives to enhance the quality of life in the southeast Nebraska communities that it serves.  NCP intends to provide quality theatrical and other performing arts experiences to local audiences as well as attracting patrons from across Nebraska, the greater Midwest, the country and globally.  The mission of the playhouse is to train, educate and collaborate with performers, directors, technicians, artisans and other community volunteers and then provide an opportunity for them to demonstrate and improve their skills through participation in live, on-stage productions.  In addition, the playhouse will leverage its relationships with other performing arts organizations to support and enhance the quality of life for its audiences.  NCP firmly believes that all people, regardless of age, income or ability, should have access to affordable, high-quality theatrical entertainment.

Founded in May of 2013 - The STAGE, with a mission to create a genuine and collaborative artistic community that produces an exceptional, professional-quality live theatrical experience, discovered quickly in its initial performances and debut seasons that potential for success and was greatly received with overwhelming support from patrons and the community.  The STAGE knew that for further success and growth - additional operational support was needed.  Thusly, The Nebraska Communities Playhouse was established.  Operated by a separate board of directors, NCP functions as the backstage and production crew - managing the facility and ensuring fundraising is in place for future growth, while The STAGE is the performance wing of the two organizations, responsible for the production of live theatre events.

While The STAGE will continue its standard seasons of 4-5 MainStage productions in the new facility, NCP desires to expand its programming to include other performance arts experiences including local and nationally-known musicians, bands, comedians, dance troupes and organizations, magicians and MORE!

The New Lot - Home for the Future STAGE Theater

Thanks to an outpouring of support from patrons during our 2018 Give to Lincoln Day Campaign, The Nebraska Communities Playhouse was able to purchase the 17,500 square feet of land from the City of Hickman south of our current building. &nbsp;The expanded capacity of the new construction will provide additional educational and entertainment opportunities for the young, young-at-heart and everyone in between.

Raising the STAGE - (Out of the Floodplain)

Over the past several years, the NCP Board of Directors consulted with several contractors to determine the most cost-effective plans for growth and construction of a new performance space. &nbsp; One of the greatest obstacles was the fact that the majority of downtown Hickman is in a flood plain; therefore, plans for the new construction necessitate elevation to ensure structural stability and long-term sustainability.  The final peak of the new Nebraska Communities Playhouse will tower close to 30 feet in the air.

As the autumn leaves fell in the autumn of 2018, the opportunity arose to purchase the current home of The STAGE Theater.  Despite its many quirks (poles, anyone?), the space has become home to dozens of volunteer actors and crew members.  While construction is underway, ownership of the building will ensure permeances can continue as audiences have come to expect.  Eventually, a breezeway will connect the current and new spaces.

Upon completion of the new facility and once The STAGE settles in to its new larger home, the current facility will remain in operation as an education and performance space for our Youth Programming, in addition to a secondary rehearsal space as well as a "black box" stage for smaller, more intimate productions. 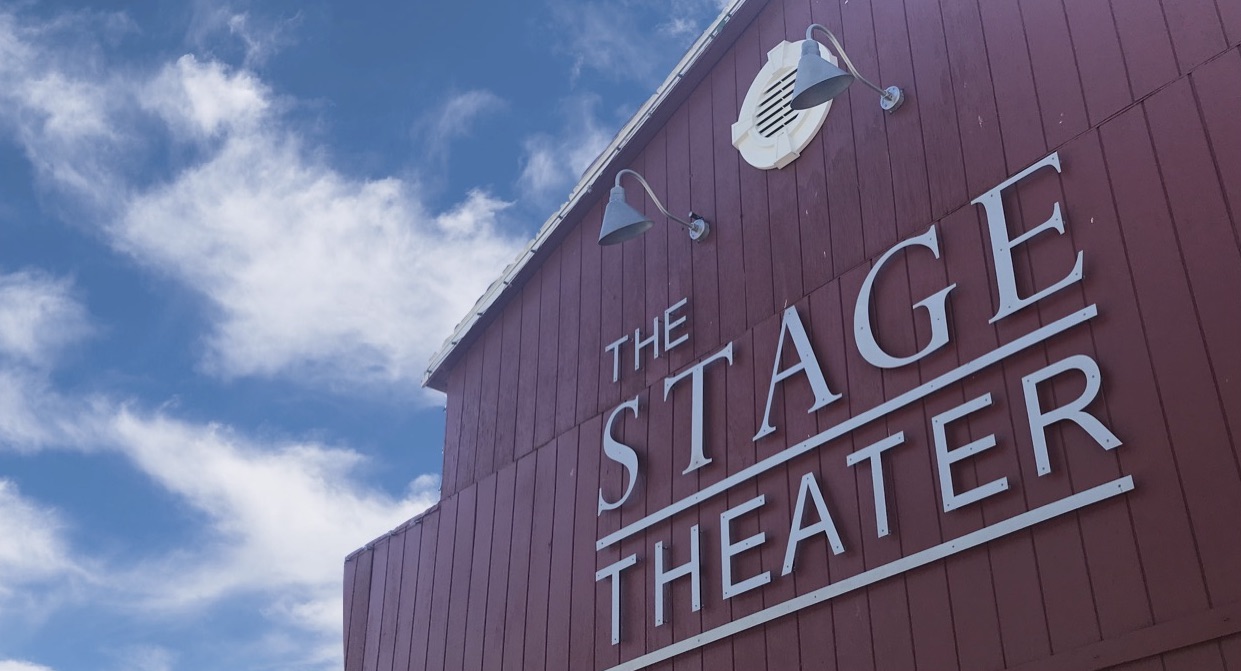 In late Spring of 2019, with generous donations made by patrons and friends of the playhouse during our 2019 Give to Lincoln Day Campaign, The Nebraska Communities Playhouse was able to begin dirt-work by Benchmark Excavating.  They then resumed in the summer of 2020, preparing for the footings and foundation to be laid. 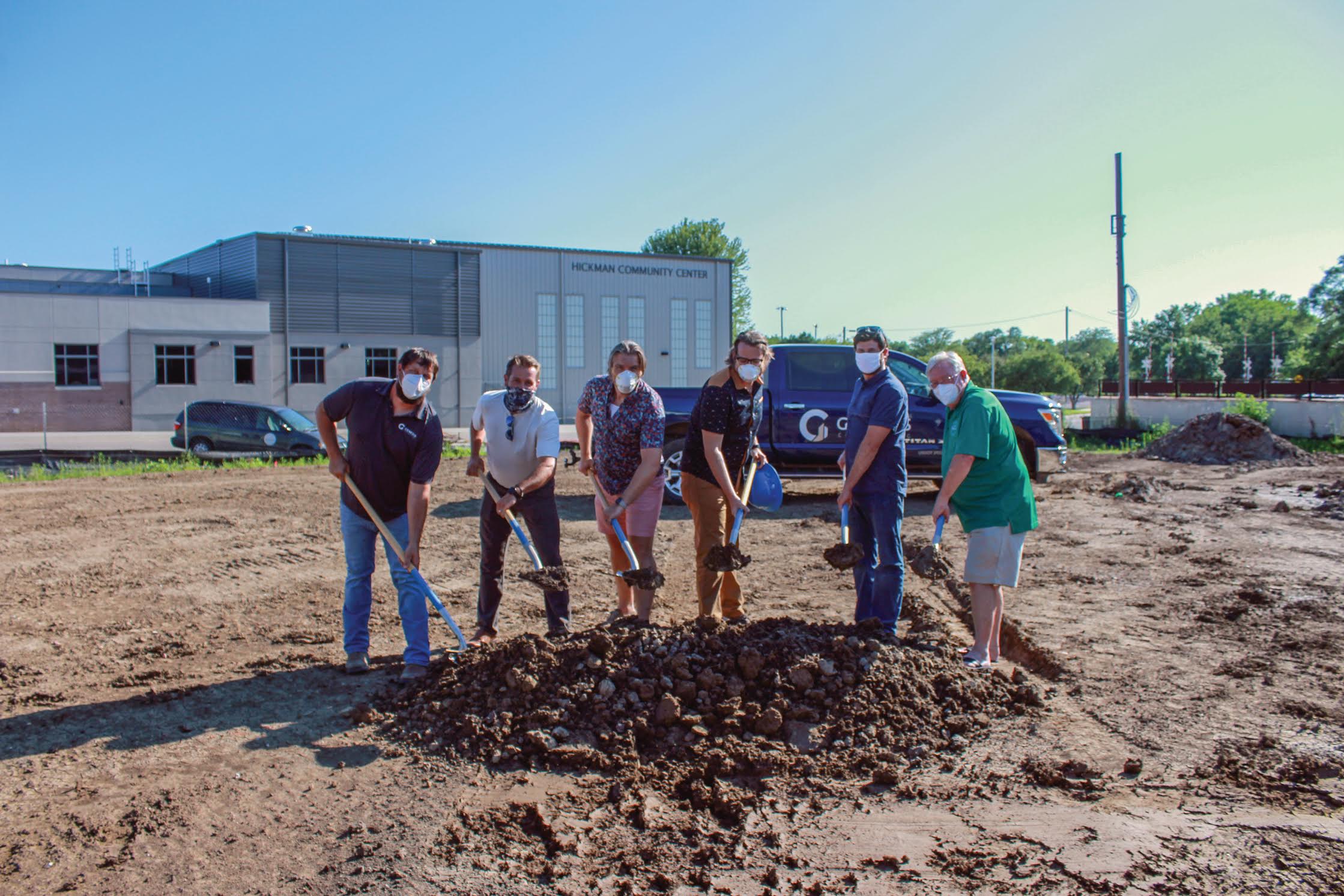 With The Nebraska Communities Playhouse original concept and building design by Andy Sorensen of Davis Design, Inc., in the fall of 2018, Fakler Architects, LLC of Beatrice took over the project and plans were finalized in the spring of 2019.  Due to awarded federal funding, a required search for a general contractor was conducted and completed in the spring of 2020.  Genesis Construction Group, LLC out of Lincoln was selected to oversee the new addition and building expansion project of The Nebraska Communities Playhouse.

With construction beginning in the summer of 2020, the project will be completed in three phases: 1) completion of the shell (exterior walls, footings, foundations, windows, masonry, roofing, etc.) 2) The foyer and lobby including Box Office, Concessions and large multiple-stall restrooms and the final phase: 3) auditorium.  Completion is expected for the spring of 2021.

Upon completion, The Nebraska Communities Playhouse will also have a bar with large outdoor patio space to serve patrons during productions and other performance arts events. 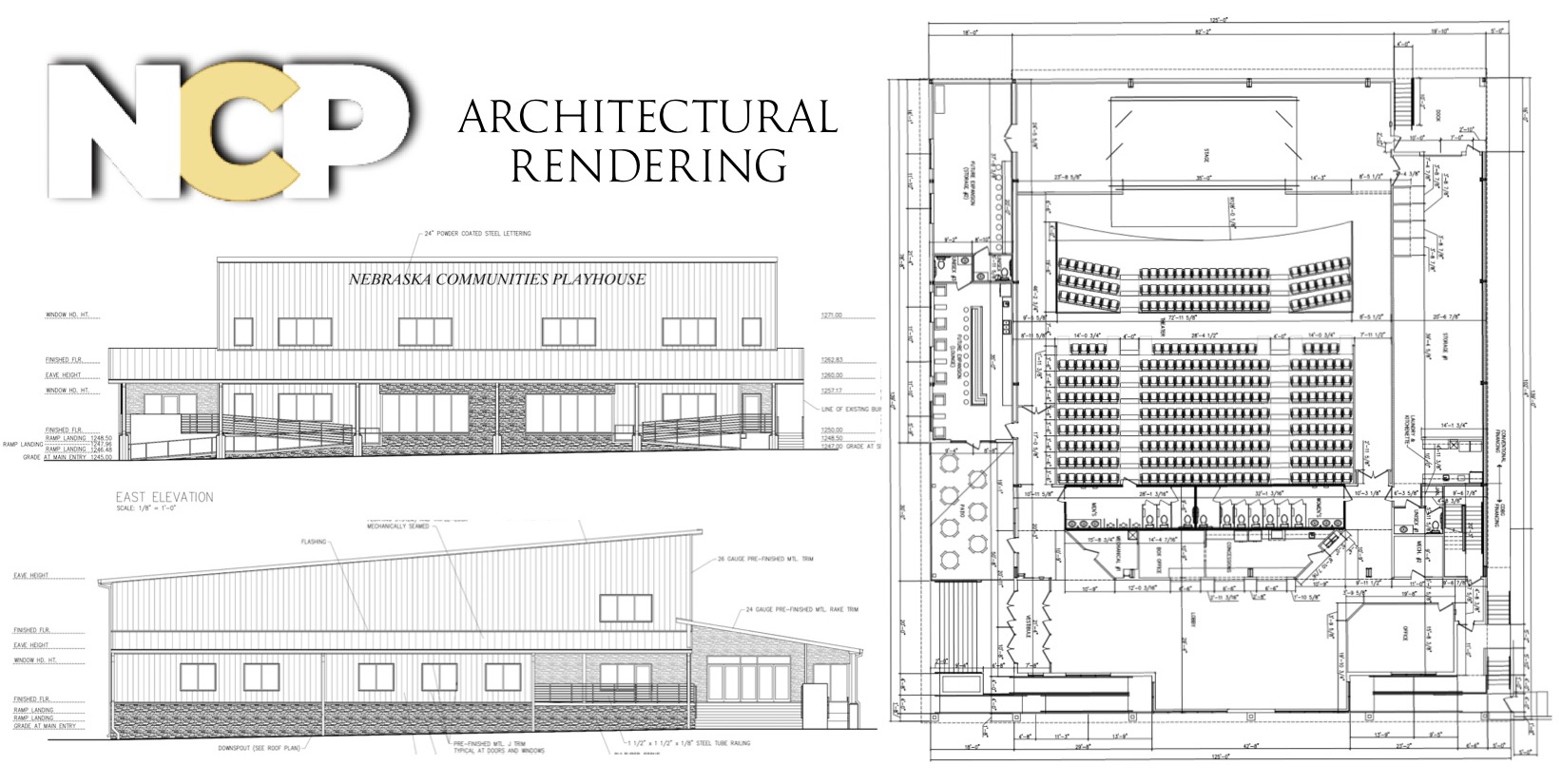 A Seat for Everyone - Expanding

Final architectural renderings outline that between the two performance spaces, NCP will seat 558 patrons (436 in the new facility and 122 in the current).  Previously, in our current space, NCP could seat 5,856 patrons in a standard season of five STAGE productions.  With a larger facility, that number will increase to 22, 320.  Included in that increased capacity is seating for patrons with disabilities and / or limited mobility - now offering a total of 1,932 seats annually between the two facilities.

In addition to donations from loyal patrons and friends of the theater, grants are an important part of NCP's building and expansion project.  Throughout 2018 - 2020, several sizable grants have been pursued and awarded to The Nebraska Communities Playhouse.  One of these - The Lancaster County Visitor Improvement Fund - awarded in February of 2019, will make it possible to elevate the new building and out of the floodplain.  Additionally, in May of 2019, NCP was awarded a sizable CDBG (Community Development Block Grant) through HUD (U.S. Housing & Urban Development) that will allow us to complete phase 2 (the foyer: box office / concessions / restrooms) that will greater serve our patrons, including those with limited mobilities and/or disabilities. In November of 2019, the playhouse was awarded a substantial grant from The Sherwood Foundation out of Omaha and most recently - in June 2020, NCP was the recipient of another sizable $100,000 grant.  Both will assist in further project construction.  Additional funding was provided through generous donations made by the Acklie Foundation and Pinnacle Bank.

To completion, cost of The Nebraska Communities Playhouse new building and expansion project is an estimated $1.9M.

We Need Your Support - How You Can Help

It is our goal to continue to provide exceptional live entertainment and performance arts experiences to our patrons of all backgrounds - regardless of age, income or ability - and most importantly, at an affordable ticket cost.

Of the estimated planning and construction costs of $1,948,385.00 - approximately half has been raised and secured.  We've come a long way, but still have a great part of our journey ahead!  The hard work of our volunteer grant-writing and fundraising committees is on-going and will continue through construction and completion of the project - but we need your help!  There are several ways to offer support and help us lay the foundation, allowing us to continue the tradition of providing quality and affordable performance arts opportunities and live-theatrical productions:

• Make a monetary donation or financial contribution to our building and expansion fund!

No amount is too small or too great!  Any donation is greatly appreciated and will allow to further our efforts and help us grow closer to reaching our goal!  To make a donation:

Send a CHECK made payable to The Nebraska Communities Playhouse to:

• Visit our website and make an on-line donation at: www.nebraskacommunitiesplayhouse.org

*As NCP is a 501(c)(3) non-profit organization, all donations made are tax-deductible!

With the expansion of the future Nebraska Communities Playhouse, you have the opportunity to leave a lasting legacy while supporting NCP and The STAGE Theater.

A $250 contribution will allow you to sponsor a seat for your business, honor a loved one in memoriam or celebrate your family with an engraved plaque to be placed on one of the seats in the new theater facility.  For further information or to donate, please e-mail NCP at: nebraskacommunitiesplayhouse@gmail.com 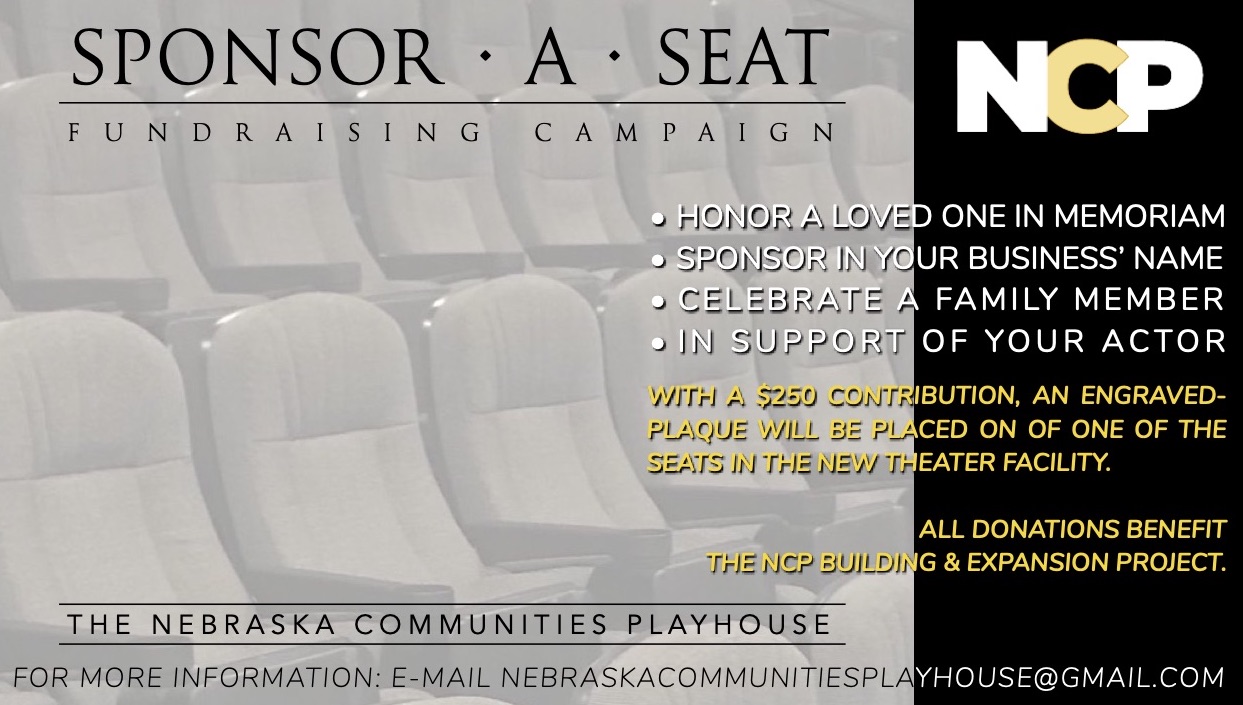 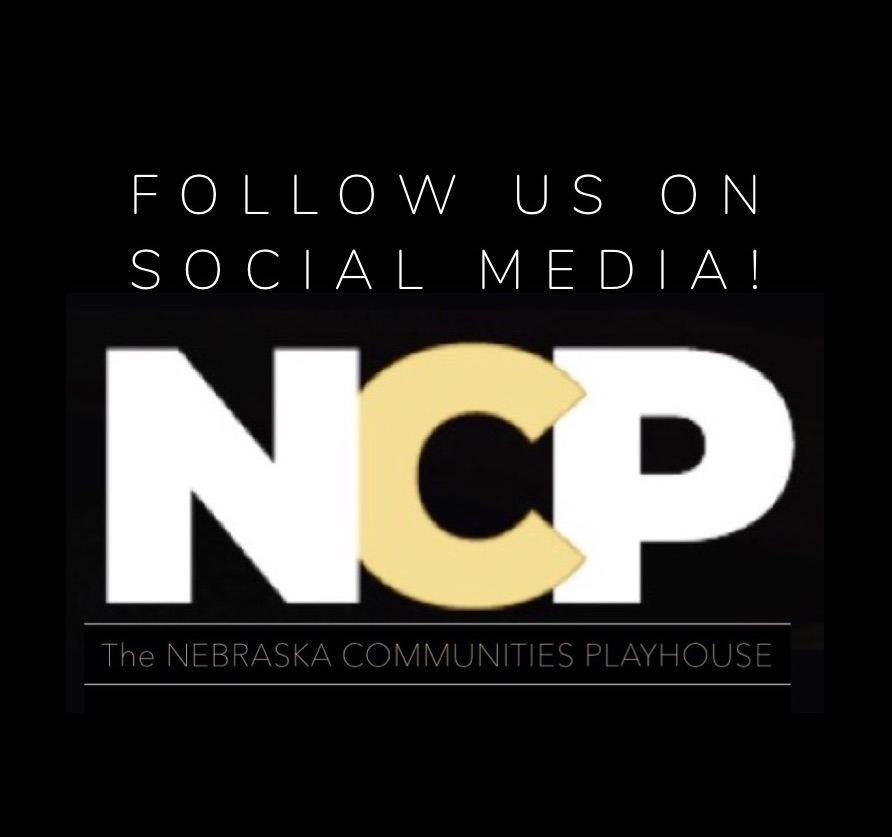 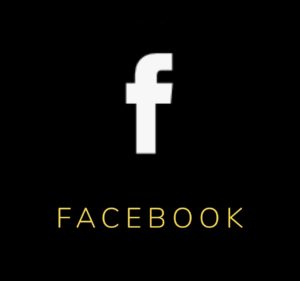 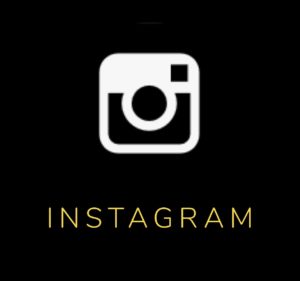 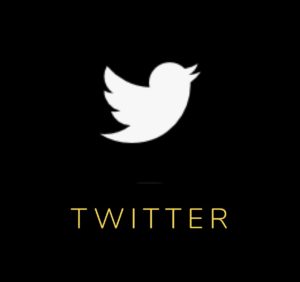